Iowa natives Jerold and Jacqueline Dock will always have fond memories of the Hawkeye State. Now the Docks are finding a unique way to leave their home to the University of Iowa. 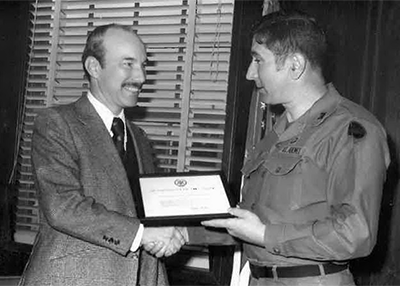 Jerold Dock (BSME ’53) may now live in Washington state, but his heart is still in Iowa.

When the University of Iowa College of Nursing kicked off its 35,377-square-foot facility renovation project in 2017, Jerold wanted to support the enhancements, as well as support his alma mater, the UI College of Engineering. Jerold and his wife, Jacqueline Dock, who grew up in Northwest Iowa, decided to support both colleges by gifting their home in Steilacoom, Washington.

By creating a retained life estate, the Docks were able to transfer ownership of their home to the University of Iowa but retain lifetime use. It’s a win-win for the Docks. They not only receive an income tax deduction that they can use immediately, but they retain control over their home as long as either one is still living. Had the Docks simply left the house to the university in their will, they would not have benefitted from a significant income tax deduction during their lifetimes.

“This seemed like an ideal way for us to give, as we have no children,” said Jerold. “We didn’t want to burden our relatives with selling a house after we’re gone. This way, our family does not have to deal with a real estate agent and selling a house.”

Jerold became interested in supporting the UI College of Nursing because his sister, Jane Dock, was a bedside nurse and provided diabetes education at Mercy Medical Center in Cedar Rapids, Iowa, for more than 20 years. She was promoted to a supervisor before moving to Nashville, Tennessee, to complete her nursing career.

Jerold made his first gift to the UI College of Nursing in 2016 when he named a space within the Nursing Clinical Education Center—which is located on the fourth floor of the General Hospital at University of Iowa Hospitals & Clinics—in honor of his late sister. The Patraella Jane Dock Patient Simulation Room is one of 11 clinical simulation labs used to train health care staff and students in providing safe, effective, and compassionate care.

“Her whole life was nursing,” said Jerold, who grew up in Cedar Rapids. “And I thought she deserved to be recognized.”

Learn how you can make a difference by going to our planned giving website or by contacting Dayna Ballantyne, director of development, at dayna.ballantyne@foriowa.org or 319-467-3727.