The College of Nursing is excited to announce three alumni award recipients for 2020! This awards program was established as a way to recognize former students for their hard work and dedication to nursing and health care.

Learn more about our honorees: 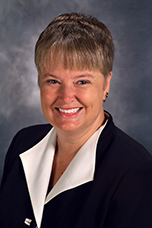 One of this year’s Distinguished Alumni Award recipients is Carol Jorgenson Huston, DPA. Dr. Huston is the first nurse to serve as chair of Enloe Medical Center’s Board of Trustees and, in 2007, she was inducted as a fellow into the American Academy of Nursing. Dr. Huston also served as president of Sigma Theta Tau International (2007-2009) and received advisory status with the United Nations and the World Health Organization. She is the coauthor of five influential textbooks on leadership, management, and professional issues in nursing and has published more than 100 articles in leading professional journals. Dr. Huston received her BSN from the University of Iowa in 1977, her MSN from CSU, Chico in 1982, and her master’s and doctorate in public administration from the University of Southern California in 1997. 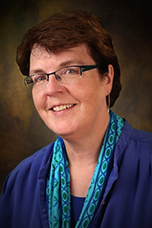 Another Distinguished Alumni Award recipient is Sally A. Norton, PhD, RN, FNAP, FPCN, FAAN. Dr. Norton is a fellow of the Hospice and Palliative Care Nurses Association (HPNA) and the American Academy of Nursing. She also serves as a co-director of research for the Division of Palliative Care in the Department of Medicine at the University of Rochester and holds a secondary appointment in the School of Medicine and Dentistry. Dr. Norton was honored with the Distinguished Researcher Award from HPNA in 2017 and was named Palliative Care Nurse of the Year by the March of Dimes in 2013 as well as a Distinguished Practitioner by the National Academies of Practice in 2006. She received her BSN from the University of Iowa in 1983 and her doctorate of nursing from the University of Wisconsin-Madison in 1999. 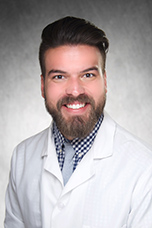 This year’s Outstanding Young Alumni Award recipient is James Kinney, DNP, BSN. Dr. Kinney is a nurse practitioner specialist at UIHC with the Department for Vascular Surgery. He is a primary preceptor for College of Nursing students and has served as an adjunct faculty member.

Throughout his time at the CON, Dr. Kinney has been an outstanding role model for future nurse practitioners. He is the diversity representative on the board of the Association of Graduate Nursing Students and is a member of the American Academy of Nurse Practitioners, the Iowa Nurse Practitioner Society, Sigma Theta Tau, the Society of Vascular Surgery, and the Society of Vascular Nursing. He received his BSN from the University of Iowa in 2014 and his DNP from the UI in 2019.