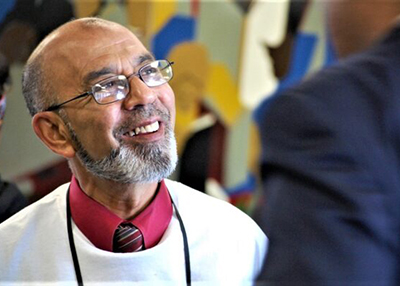 This summer, 34-year-old Victoria Gray became the first person in the U.S. to have a gene editing therapy as treatment for sickle cell disease. “It’s a very big deal for me,” Gray said in a national media interview after learning the groundbreaking treatment was working. “It’s the change I’ve been waiting on my whole life.”

Gray, a Black wife and a mother of three from Mississippi, had been living with the complications of the inherited blood disorder that disproportionately affects African Americans for her entire life.

CRISPR is a new technique that involves cutting out a tiny piece of the mutation or defective gene that causes sickle cell disease in the hopes that the corrected gene will then work to make normal hemoglobin (a protein in red blood cells) instead of the sickle-shaped hemoglobin that gives the disease its name.

Dr. Emmanuelle Charpentier and Dr. Jennifer Doudna were awarded the Nobel Prize in chemistry in October for their work on the experimental gene therapy that made it possible for Gray to get the infusion. The technique has already “had a revolutionary impact on life sciences,” the Nobel Committee said, and for genetic diseases like sickle cell, it has the potential to “make the dream” of a cure “come true.”

Click here to read the full article by Diverse: Issues in Higher Education