A Ceremony in the Snow

All the participants in the spring 2022 virtual University of Iowa White Coat Ceremony were surprised when Jake Ryan put on his white coat. It was not who coated him or how they did it that caused his classmates’ jaws to collectively drop when his Zoom screen was featured, it was the location. While most were celebrating in a home or residence hall room, Ryan was donning his white coat outside his car, in the middle of a snowstorm. 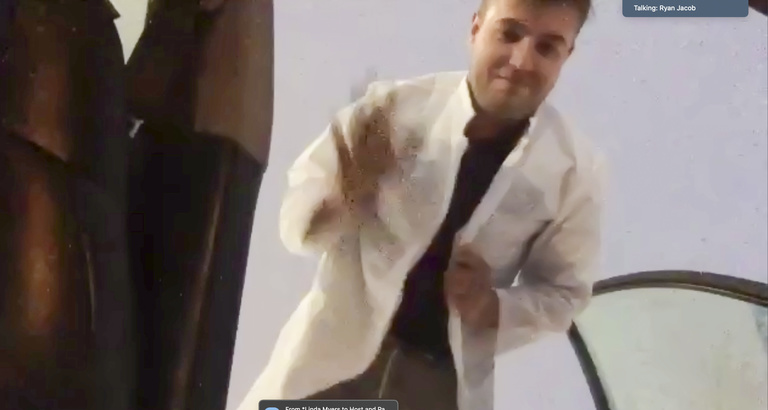 Earlier that day, January 14, Ryan set off to visit his girlfriend in Mankato, Minnesota, with plans to have her put the white coat on him during the ceremony. Snow had been falling all day and the roads were slushy, so he was driving slowly on the interstate. Somewhere near Mason City, about three-quarters of the way to his destination, “a semi shot right by me, and it took my wheels out from under me. My car flipped to the side – it didn’t roll but it turned – and I ended up shooting about 50 yards into a ditch,” he recounted.

Ryan managed to get his car out of the ditch after an hour of hard work, only to find one of the tires was flat. With no other options, he changed the tire on the side of the busy interstate, while cars continued to fly by.

Spare tire in place and two hours to go until the ceremony, Ryan set off to find a tire repair shop. That, too, proved harrowing. “It was like the worst situation possible,” he said. “There was no traction on my wheel, my car was pulling left and right because the alignment was messed up, and there was an oversized semi behind me and another semi to the left of me.”

By the time Ryan found his way to a shop and got his tire patched, the ceremony was about to start. Determined to make it to the ceremony, he pulled into a parking lot and logged on to Zoom through his phone. “I had to attend the White Coat Ceremony in a small veterinarian parking lot in the middle of a blizzard,” he said, “but I was just happy I was alive.” 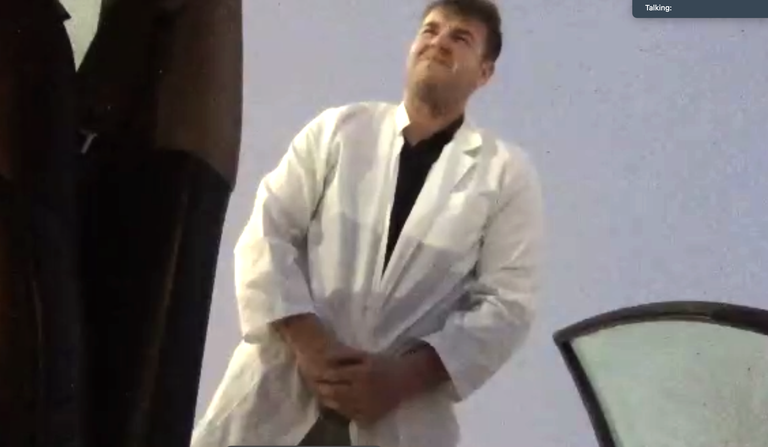 Happy to be alive and happy to be at the ceremony. Ryan persevered where many would have given up because he felt an obligation to his family and those who helped him get to nursing school. He also viewed the ceremony as a checkpoint for his hard work the past two years, and a reminder to continue to work hard.

Ryan, who plans to eventually become a nurse anesthetist, made it safely back to Iowa City the following Monday and has settled into his classes at the College of Nursing. “Everybody knows who I am now in class,” he said. “That was a good opener.”