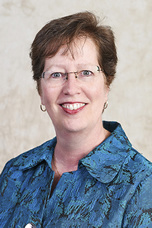 Julie Zerwic to begin at the UI in August

During her tenure as nursing associate dean at UIC, a role she has held since 2009, Zerwic implemented a strategic plan aimed at improving diversity among faculty, staff, and students and stabilized college finances by tapping into new funding sources, including alumni fundraising. She also created a federally funded collaboration between UIC and City Colleges of Chicago to provide minority community college students with research opportunities on the university campus. She has served on the board of directors of the Erie Family Health Center in Chicago for a decade.

Zerwic served as department head of the UIC Department of Biobehavioral Science from 2005 to 2009. She has been a member of UIC’s faculty since 1993 and was named a fellow of the American Academy of Nursing in 2008. Zerwic’s research focus is on factors that contribute to patients delaying treatment for acute coronary syndrome and stroke.